Focus AI is a technology of the future, with the help of which soon in companies systems will analyze not only exact economic data, but the flow of entire business processes including the quality of textual information (e-mails), arrange better responses for traders and support the work of designers creating new products - the application of Artificial Intelligence has become a reality, it is the future that stands at the door of today's world.

Focus AI is an engine on the basis of which you can build almost any analytical system adapted to the needs of the consumer.

The first AI activities to which the developed technology was used were analyzes and simulations of investments in financial markets. As a result of the application of artificial intelligence algorithms in the analysis of economic phenomena, the company has achieved the possibility of accurately estimating the probability of an event.

The latest developed solution calculates the percentage probability of future price movement in the short-term, medium-term and long-term perspective. It allows you to determine the market opportunity and increase the effectiveness of the economic decision making strategy. 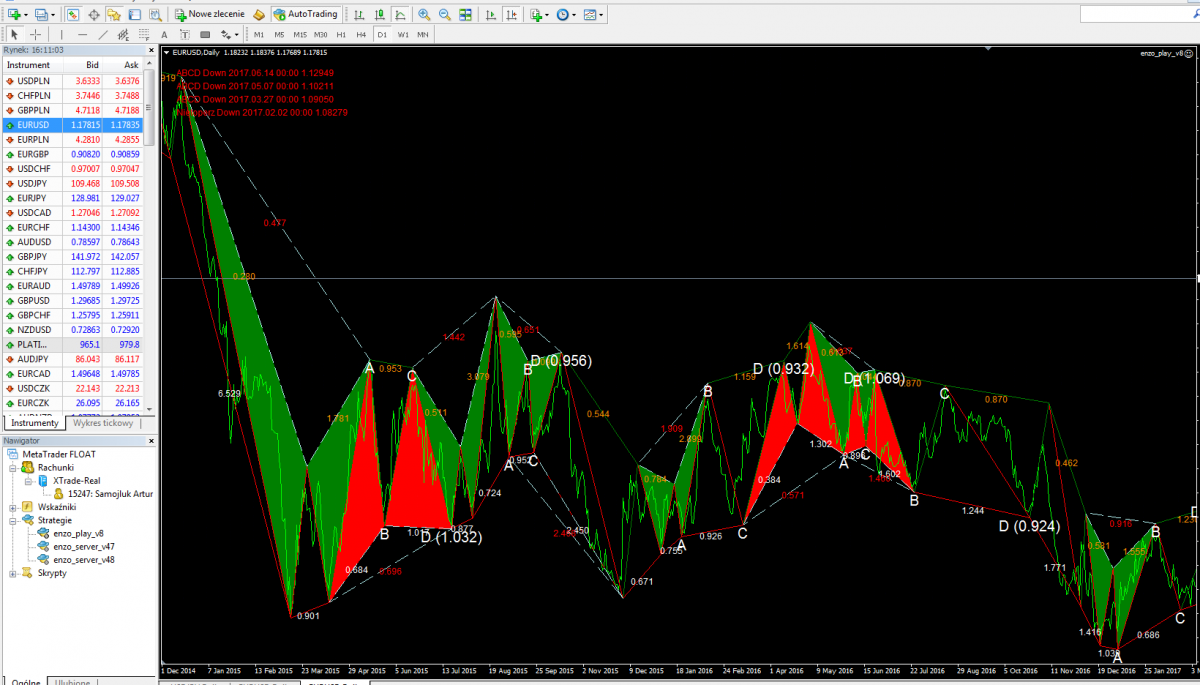 The analytical method developed as a result of research consists in finding hard statistical formations occurring in a statistical sample based, among others, on on the transformation of Gaussian distributions. Processing them through neural networks and returning the final effect defined at the beginning of the work. After researching on extensive historical data, the results surpassed our expectations. In the statistical calculations of multidimensional matrices, algorithms based on back error propagation methods, i.e. neural networks, were used.

The use of AI artificial intelligence allowed for the solution and optimization of complex statistical calculations, taking into account the multidimensional analysis of data structures. As a result of the analysis, the neural network selects, like a human being, the best solution that exists - selects the best investment strategy for the tested asset. However, unlike humans, the neural network is always stable and does not undergo pressure or external factors. You could say that Focus AI is a perfect investor, created to win.

It is a fully independent technology capable of taking and conducting many transactions in parallel, without human intervention. Undoubtedly, it is a technology with huge development potential.

The analytical application of Focus AI can be used in medicine - to look for patterns of medicines. Another application is the creation of software for intelligent robots, modern bank scouts, or the estimation of insurance risks. Both the fully automated aspects of tactical planning and the creation of intelligent weapons of the future are at hand. Also the most modern security systems of digital systems require intelligent firewalls.

Currently, the team is working on verifying the applicability of SI in the areas of robotics, tactical analysis for the army, autonomous vehicles, as well as further development of neural networks in investment and financial activities. The development of artificial intelligence technology will be a pillar of high technology companies in the near future.

The unique value of the system is the fact that he learns to develop his skills. And hence, he builds his own experience, improving his performance.

Possible applications of neural networks are:

Focus AI is currently a ready system that has been tested in economic analysis.

In a several-year study (2011-2016), FOCUS AI calculated the probability of future price movements based on the analysis of historical data and the current behavior of global exchanges. Neural networks determined the probability of market behavior in the smallest stable perspective, from 12 to 48 hours. It is possible to forecast larger time perspectives. For the crude oil price (OILs) charts, in the simulations of 426 investment decisions, it achieved the over 77% rate of return, in annual terms it means 15.6% of profit.

Neural networks most often chose a strategy with a profit / loss ratio of 4: 1. This means for the BUY / SELL input signals that Focus AI preferred to be less successful and less likely to suffer less.

For the same period on the currency pair, the EURUSD neural networks reached approximate conclusions and, simulating 653 transactions, achieved a transaction ratio of 5: 1. The system has achieved a 50% rate of return, 10% on an annual basis.